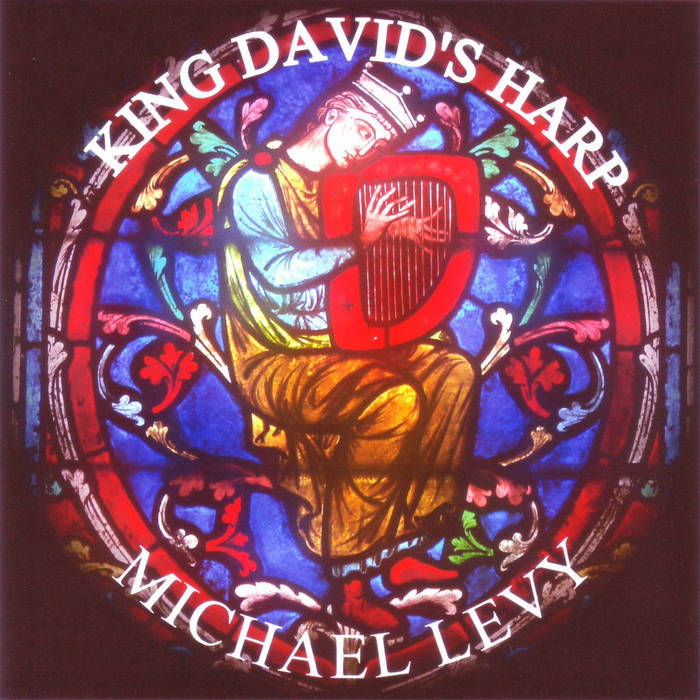 "King David's Harp" is a showcase album, featuring my hand-crafted evocation of the 3000 year old Biblical Davidic Harp, by Marini Made Harps:

This wonderful instrument is the Marini's evocation of the 10-string Biblical "Kinnor" - the "Harp" of King David.

Despite the beautiful harp-like tone of the Marini Made Davidic Harp, it is, in fact, a lyre (ie unlike a true harp, the strings pass over a bridge). All the "Harps" of the ancient Hebrews, were in fact lyres - in the Bible, the word original Hebrew word "Kinnor" has often been mistranslated as "Harp" - full details in the "Historical Research" section of my website:

"King David's Harp" is a compilation album of my new arrangements of 10 of my favourite tracks previously recorded in my albums "King David's Lyre; Echoes of Ancient Israel", "Lyre of the Levites" & "The Ancient Biblical Lyre"....with a whole new vista of serene, harp-like tonal colour.

In this album, (as well as my album "The Ancient Egyptian Harp"), I have also finally attempted to abandon modern equal temperament, and instead of using a digital tuner, I tuned my lyre the way the ancients did - cyclically in perfect 5ths & 4ths in a more authentic effort to achieve just intonation. For full details on how the lyres of the ancient world were tuned, please see the "Blogs" section of my "ancientlyre.com" website entitled:

The melodies for this album are adapted from either the sacred Jewish repertoire, or melodies which form part of the rich tapestry of the instrumental Jewish Klezmer music repertoire. However, thanks to the incredible work of the late Suzanne Haik Vantoura, who dedicated her life to deciphering the original music of the Hebrew Bible, the actual musical modes/scales used in these melodies can be traced back some 3000 years, to ancient Biblical times...

There are 10 tracks, corresponding to the 10 strings of the Biblical Kinnor of King David...

1. Hava Nagila (Let Us Rejoice)
2. Hatikavah (The Hope)
3. Lyre of the Levites
4. Jerusalem of Gold
5. The Tablets of Moses
6. Hine Ma Tov (How Beautiful)
7. Holy of Holies
8. Psalm 114 (Ancient Traditional Melody, c.2nd Century CE)
9. Procession of the Ark
10. Eternal Peace of the ancient Hebrews, were in fact lyres - in the Bible, the word original Hebrew word

Michael Levy is a prolific composer for the recreated lyres of antiquity, whose musical mission is to create an entirely new musical genre, which could best be described as a 'New Ancestral Music' - dedicated to reintroducing the recreated lyres, ancient musical modes and intonations, back into the modern musical world.. ... more

Bandcamp Daily  your guide to the world of Bandcamp